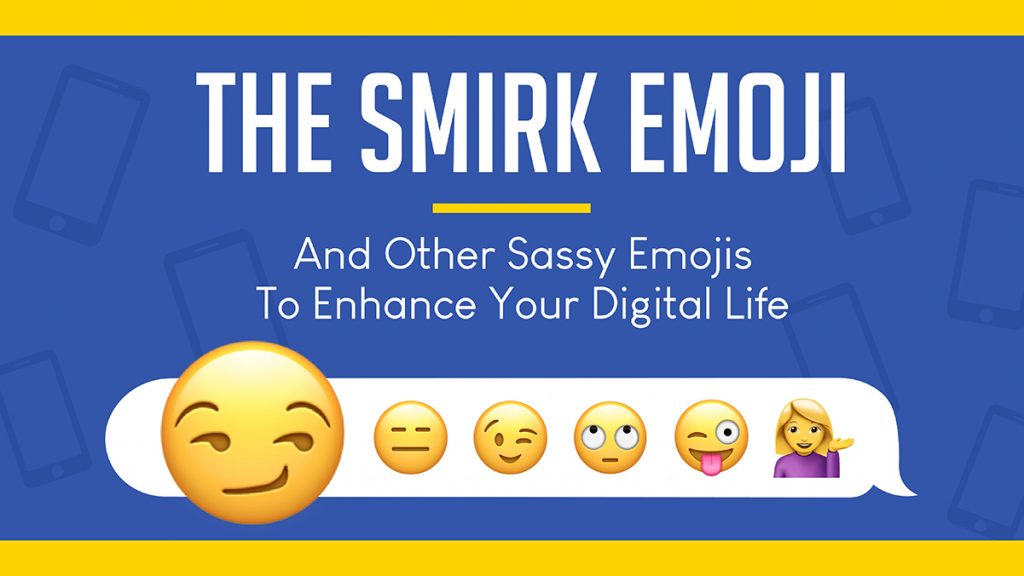 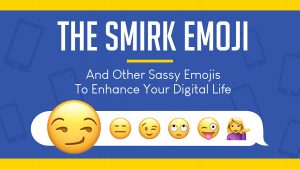 There’s no doubt about it — life is hard. People will step over you just to get on top, and it’s unfair. But that doesn’t mean you shouldn’t fight back! Show off that sass, and say what you want to say in a cheeky but funny kind of way. Humor is a great tool to confront people without losing your mind and looking like a war freak. 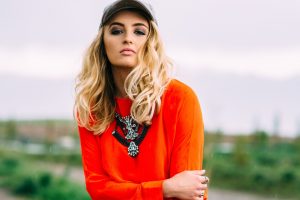 No matter how bad things get, you still want to show some class with that sass. A great way to do that is by delivering jokes! Humor is an effective method to win people over without losing your mind or looking like a war freak.

In a world where most things get done online, one fun way to get your sass on is through emojis. Yes, the emoji universe has a ton of symbols to describe those mike drop, hair flick moments! One such symbol is the 😏 Smirk emoji or 😏 Smirking Face emoji—a face with a half-smile raised in a smirk, with raised eyebrows and eyes looking to the side; it’s used to express being smug or sly.

For example, if you sent in a report ahead of time, and people thought you couldn’t do it, but you’re feeling proud that you did, you can say: Boom! Finished that report three days in advance 😏

Fun, right? Now that we’re done with that, before we go any further, let’s first define what sass means. You can’t be something if you don’t know what it is, right?

How Do You Know If You Are A Sassy Girl?

According to yourdictionary.com, the definition of sassy is someone or something lively, bold, and feisty. Sassy also means quick-witted or clever. 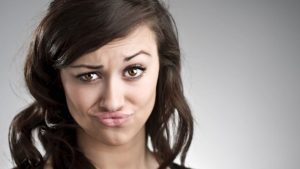 When you’re a sassy chick, you don’t blend with the crowd. You don’t go with the flow; you create the flow. Sassy girls own who they are and aren’t apologetic about it.

Many women aspire to be sassy, and it takes a lot of courage to do that. If you want to be sassy, but you don’t have the courage to do it, we’re here for you! Begin with sassy emojis, then work your way up to doing things in person.

Add Whimsy And Personality To Your Online Persona With Sassy Emojis

Check out these sassy emojis to bring out the fierce, independent girl in you.

The emoji represents a person at an information desk or concierge holding out her hand like a waitress carrying a tray of food and drinks.

Another definition: this one is the more sassy version. The 💁‍♀️ Woman Tipping Hand emoji can also be used to throw shade or say “I told you so” to another person.

For example, if you told a friend that another friend would be late, and they didn’t believe you, but it turned out you were right, you can place the 💁‍♀️ Woman Tipping Hand emoji at the beginning or end of your sentence to put more emphasis on what you’re trying to stay.

Example: We should have left the house earlier. I knew that there would be a ton of traffic in the city 💁‍♀️

People use this emoji when they say something but mean the opposite of what they say. It is used to criticize someone or something in a funny way. 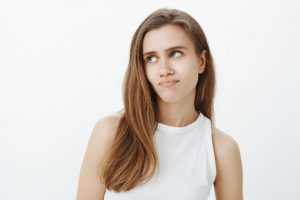 On another note, the 🙄 Face With Rolling Eyes emoji is an important symbol to use because sarcasm is hard to interpret when it’s in written form.

Example: Yes, we can always count on her to submit her reports early 🙄

The 🙃 Upside Down emoji is of a softer tone than the 😏 Smirking Face emoji and the 🙄 Face With Rolling Eyes emoji. You receive this emoji when the person sending it to you would like to convey sarcasm or irony.

The 🙃 Upside Down emoji is best used if you’re smiling through your tears or keeping a pleasant face before you lose control of your emotions.

Example: Got to be at the airport in an hour and I haven’t even packed 🙃

Example: It’s still my birthday week. You can’t tell me what to do 😛

Definition: A great go-to emoji for flirtatious situations, the 😉 Winking Face emoji can show some sass, too! The smiley is often used to hint at desirable outcomes or to prod someone to take a particular action.

Example: I know you want to do it, but you’re in a shy mood, and, well, since I’m feeling extra hot today, do you want to go out on a date tonight? 😉

The 😜 Winking Face With Tongue emoji is usually used after you’ve said something controversial, kind of cheeky, but not too explicit.

Example: My boyfriend’s forgotten Valentine’s Day for the nth time! Men are trash, and you can’t change my mind 😜

Example: The latest Star Wars movie is so lame. The plot was predictable, and the acting was horrible 😒

The general use of the 🤔 Thinking Face emoji is to show someone deep in thought. But you can still throw some serious shade with it.

How? Well, the 🤔 Thinking Face emoji is also used to show a pause in a conversation, to show that you’re still thinking if you’re interested in what the other person is saying and whether you’ll pay attention to them. It’s really a blunt way to go about things, and really cheeky, too, once you think about it because it’s like you’re saying, “I’m still waiting to reply to you, I’m still assessing if you are important at this time.”

Example: When someone asks you, “Hey, do you have a minute? Can we talk about me lending money from you?” Then you reply,🤔

Flirting can become an awkward thing to do if you don’t have many flirting questions to ask. Sometimes, symbols are more effective than words because they are more quickly interpreted and overcome language barriers.

So… if you said “IKR” to that last statement, now’s the time to get your flirt on with the 💋 Kiss Mark emoji! The 💋 Kiss Mark emoji is a lipstick marking used to represent affectionate or friendly kisses, love and romance, and sometimes, even sassiness!

Example: Hey, you forgot to kiss me last night. It’s all right, I can wait 💋

If you’re in a savage mood, you don’t have to be loud about it. Sometimes silence is a more powerful communicator than noise. That being said, at first glance, the 😑 Expressionless Face emoji looks harmless compared to the 😏 Smirking Face emoji, or even the 🤔 Thinking Face emoji. That isn’t true, though.

A smiley with a straight, shut mouth and serious-looking eyes, the 😑 Expressionless Face emoji is used to show tiredness and annoyance. It has a strongly negative connotation and is used to express being impatient over someone or something.

On top of all that, the 😑 Expressionless Face emoji is a sassy symbol, too, in a passive-aggressive way. Which, come to think of it, can have an even louder impact than a “noisier” emoji.

Example: Someone asks, hey, can I call you? We haven’t dissected the second part of my date yet! Then you reply with… 😑 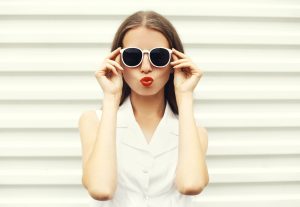 To sum it all up, let’s get one thing straight – mean and sassy don’t mean the same thing. Some people might have that connotation, but it is absolutely wrong. Sass takes class and separates the woman from the girl. Sassy women are assertive and full of quick comebacks, but they never go below the belt. They have a calculated approach to what they will say and how they’re supposed to act. 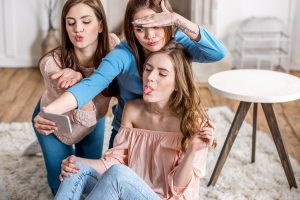 Contrarily, bullies act irrationally and impulsively. When things don’t go their way, they blurt hurtful remarks out of anger and spite. They live and breathe drama, and when they have grudges, they keep it in their heart forever. Meanwhile, sassy girls express themselves but don’t keep it in. 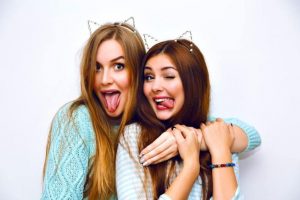 As you unleash your sass and inner badass, be it through emojis like the 😏 Smirk emoji, or via real-life situations, let’s try not to cross over to mean girl territory. Releasing your power doesn’t mean decreasing the power of others. We all live in the same world, after all.

At the end of it all, what goes around, comes around.